The Chameleon by Diane Burton… 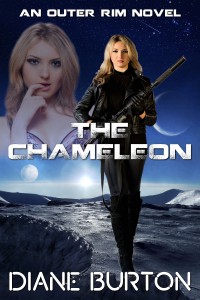 I’m completely thrilled to have the lovely Diane Burton on my blog today to discuss writing a series and her latest release. It’s great to have you, Diane!

Thanks for having me here today, R.T. Since we both write series, I thought that would be a good topic.

Have you ever been on a vacation and didn’t want to leave the people and/or the location? Or have you ever gotten to the end of a book and wished it didn’t end there? Did you ever wish you could find out what came next?

That often happens to me. I love epilogues, you know, the “five years later” when you find out how the main characters managed reality. Sometimes, there are secondary characters who are so compelling I hope the writer will give them their own story(s). That often happens when I write. For months (sometimes years), I’m caught up in a world I’ve created with people I’ve grown to know and love and I don’t want to leave. I want to stay and see what happens next.

As I wrote The Pilot, I knew I wanted to write a series about strong women on the frontier of space. I envisioned the wild, wild west where only the strong survived. I wrote mini-plots about the women who would be featured in each book. What I didn’t know were the men. After The Pilot was released, a friend asked (no, she demanded LOL) to know when Laning and Quin would have their stories. While Quin’s story has to wait (sorry, no spoilers), I knew Laning would be a good foil for Jileena, a smart, savvy fem who pretends to be a vacuous twit—the heroine in The Chameleon. You’ll see his conflict in the excerpt below.

In the Outer Rim series, each book is complete within itself. Some characters appear, or are referred to, in each of the books, but the books can be read in any order. 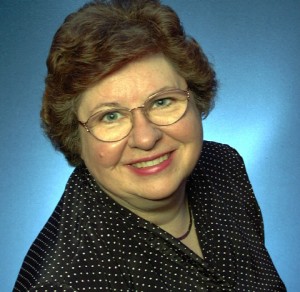 Blurb for The Chameleon (An Outer Rim Novel: Book 2):

Socialite Jileena Winslott has perfected the image of the spoiled, rich, bubble-headed daughter of an industrial magnate. In reality, she’s a smart, savvy aide to her father in social situations where she is his eyes and ears. She yearns to be her true self and run the family business. When her father sends her on a covert mission to the Outer Rim, she has the chance to prove herself. Big problem. He insists she take along a fake fiancé—the man she’s secretly loved for years.

Security Officer Laning Servary has better things to do than babysit a spoiled rich girl on a tour of the Frontier. If he refuses, he can kiss his career good-by. Then Jileena’s father sweetens the pot. If Laning keeps her safe, his family will receive the land they share-crop. He can’t refuse.

In the close quarters of her ship, Laning and Jileena discover they aren’t who they seem. Pirates, weather, and her recklessness threaten to derail the mission. As Laning and Jileena revise their impressions of each other, they’ll have to make hard choices about their goals. Can their budding love survive?

Excerpt from The Chameleon:

“Commander Servary, your assignment is to escort Baby Winslott on a sightseeing tour of the Outer Rim.”

Security Officer Laning Servary clenched his teeth so hard his jaw ached. By the Matriarch’s left tit, that was why he’d been recalled from the Rim to Coalition HQ? To be a glorified tour guide? A babysitter? He thanked the Exalted One that he was standing, his feet wide apart with his hands clasped behind his back. Otherwise, he might have wrapped them around Chief Vanutial’s neck and throttled him.

“Chief Representative Winslott’s daughter wants to visit the Frontier. Her father insists you protect her.” The man’s eyes narrowed. “She has some damn fool notion about having an adventure. Apparently, those damn fool pioneers have been filling her head with damn fool ideas.”

“Servary, your assignment is what I say it is,” Vanutial boomed, shattering the air in the spacious office much the same as his Volpian Cruiser did when shooting through the atmosphere.

Laning cleared his throat and snapped to attention. “Yes, sir.”

“At ease, Commander, at ease. By Lexol’s Fire, I need you out there patrolling Malcor Sector for smugglers and other miscreants. And keeping that gangster Hallart out of your sector. Not escorting some spoiled rich girl who wants a damn fool adventure.” Chief Vanutia’s voice rose.

Although he agreed, Laning knew enough to keep his mouth shut.

“Winslott insisted on you specifically. Although I don’t know why after that fiasco with President—ex-President—Filana’s son. I still can’t believe she was in Hallart’s pocket. The Divine One only knows how far his influence extends.” Chief Vanutial blew out a breath. “Never mind that. Screw this up, Servary, and your next assignment won’t be a cushy sightseeing tour. You’ll be swabbing decks on a garbage scow.”

The Chameleon is available at:

5 Responses to The Chameleon by Diane Burton…