It’s been almost 2 years since I took a trip to the war-torn, African country of Liberia. This is the first time I’ve written about it.

Many of us don’t remember, but this is the spot the American government chose to send the nearly 15,000 freed slaves between the early 1800s and the Civil War. Thus, the people of Liberia speak English and are largely devout Methodist Christians. Liberia was the first independent democratic republic in African history.

However, the latter 1900s found Liberia in a state of their own civil war. The war lasted 13 years, ending in 2003. When I arrived in 2011, the evidence of war still splattered the landscape. Many roads were barely passable due to grenade and rifle destruction. It was a war tactic used much like that of blowing up a bridge. I saw pictures in the capital city’s museum depicting roads during the war. Rifle casings carpeted the concrete as far as the eye could see. Many buildings remain vacant with large holes in the sides due to bombings and shootings. Guns are now illegal in Liberia, but I saw a few down town in the capital of Monrovia. 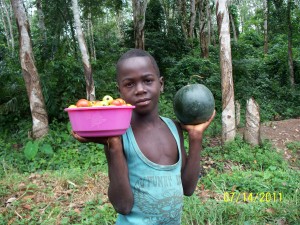 The unemployment rate in Liberia is 88%. The people use the bush (jungle) to extract materials needed to survive. They are a hard-working, creative people. 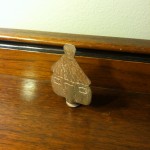 Here is picture of a tiny sculpture created from a scavenged rifle shell casing. Liberia is one of the few places to find ebony trees. As their name suggests, the color of the wood is black. These trees are highly protected in Liberia. The country has a generous cycle of cultivation and replanting of the trees. The people use the wood to carve sculptures such as this hippo to sell in street-side stands and markets. 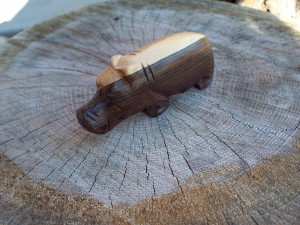 The stories from the locals were horrific and yet the common themes in this country are both one of intense appreciation to the missionaries of all colors and to the blessings they feel shower them each day. Family structures were completely turned upside down during the 13 years of war. Blood bonds are not as relevant as many families were separated in their escape from gun fire and imprisonment. Women took orphans under their wings as they ran from battle grounds adding new life-long ‘children’ to their family trees. Education was also disrupted. Due to the longevity of the war, it was not uncommon to find adults in grade school. I donated $120 to pay for a year of elementary school to a 30 year old woman. She wept with thanksgiving.

I went to Liberia because I agree with the Chinese proverb that reads, ‘Give a man a fish, feed him for a day. Teach a man to fish, feed for a lifetime.’ The group I was with taught the people of Liberia how to cultivate rice. Hundreds of rubber trees were donated. Firestone has a large plant in Liberia. The missionaries taught the Liberians how to raise thousands of chickens at a time rather than the few every family seemed to own. 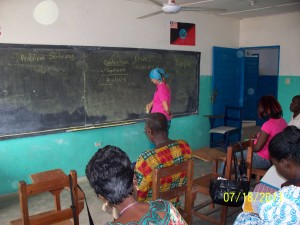 Educators in the group presented teaching conferences and donated materials for the elementary schools in both urban and remote towns.

Many of the R.T. Wolfe books incorporate some kind of conservation or giving. You will find drop down tabs for a number of non-profit groups. Without needing a spoiler alert, I will share that a portion of Flying in Shadows, Book 2 in the romantic suspense Black Creek Series, mentions the idea of donating trees to third world countries. Treecycle is an organization that will donate to most third world countries and to fire destroyed areas in America. At the posting of this blog, the cost was $1 for each tree. Click HERE to get to the link. You will find easy directions explaining how to donate directly to Liberia.

I look forward to going back someday. The people are truly magical. 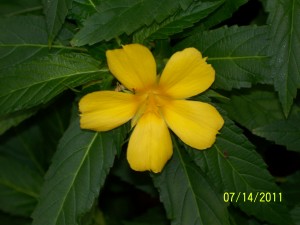