Thank You For the Scathing Review? 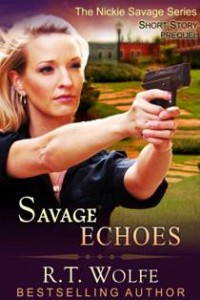 Seriously, I’m quite honored. Don’t get me wrong, I wish the reviewer liked the story. We’ve all been there … we read a full-length novel to the end only to realize it isn’t a match for us. Boo! And then, there’s a sequel? The horror!

However, this reviewer compared my Nickie Savage Series to Nora Robert’s alias J.D. Robb. Squeal! Granted, she meant it as an insult. But … Nora? Thank you! The Nickie Savage Series has been compared to James Patterson’s Women’s Murder Club. Squeal. Janet Evanovich’s Plum Series (really? I’m not funny — just ask my teenagers). Still … squeal! The Girl With the Dragon Tattoo. I’m so humbled. And now, Nora? Be still my heart.

Unfortunately, my Nickie Savage and Duncan Reed do not fare the same fate as J.D. Robb’s Eve Dallas and Roarke. My characters come face-to-face with their demons, not in memory only. They live in present tense and have close family they rely heavily upon. The series has an overall story arc is predetermined, lasts exactly 5 books, and has a concise conclusion. I think the In Death Series is pushing over 40 books, now. Go, Nora!

Savage Echoes, Nickie Savage Series Short Story Sequel. Do you read romantic suspense that is heavy on detective mystery? This short story is a great way to try out the series without spending loads of time or money.

10 Responses to Thank You For the Scathing Review?